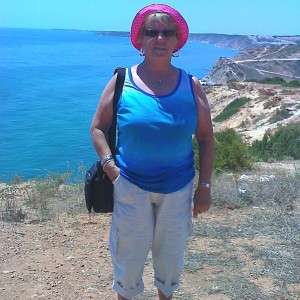 Now free of claustrophobia, I’m enjoying my first holiday abroad for over 30 years, thanks to Stuart’s remarkable techniques.

When in my 20s, I was working in an office that had a fairly small walk-in safe. One day I was in there putting some ledger books away when the door slammed closed – someone was putting ledgers away on the outside not realising I was in there! Unfortunately I was in there quite some time and feeling as though I was being starved of oxygen and feeling a terrible fear of not being able to get out before the door was finally released.
From then on, I suffered with claustrophobia – I couldn’t go in a lift, or if I went in a strange place I would have to retrace my steps so I was sure of the way out.

A very big problem for me was that I wanted to go abroad. This meant flying, but I knew that once the aircraft doors closed I would be panic-stricken because there would be no way out.

Recently I had the opportunity to go to Portugal and yes, I did book a flight, but was feeling absolutely terrified. I was telling a Facebook friend of mine in Spain about my fear. She told me she had a friend over there, a therapist called Stuart who could probably help me. I wasn’t convinced it would help, but I thought I’d give it a try.

Stuart contacted me by first sending me an article called The Magic Cinema, which was my first step to conquering my fear. The day before I was due to fly, he spent an hour on the phone with me using his therapy technique which was quite amazing. I felt so calm and relaxed. As I got on the plane, my seat was right by the aircraft door – quite ironic really, as that door closing was my biggest fear! I sat quietly and concentrated on the technique he had taught me only 24 hours before. The fear that I had borne for so long had disappeared. So anyone who has a fear of anything, get in touch with Stuart. I thank him for the amazing ability he has to help. And yes, I will be flying again.