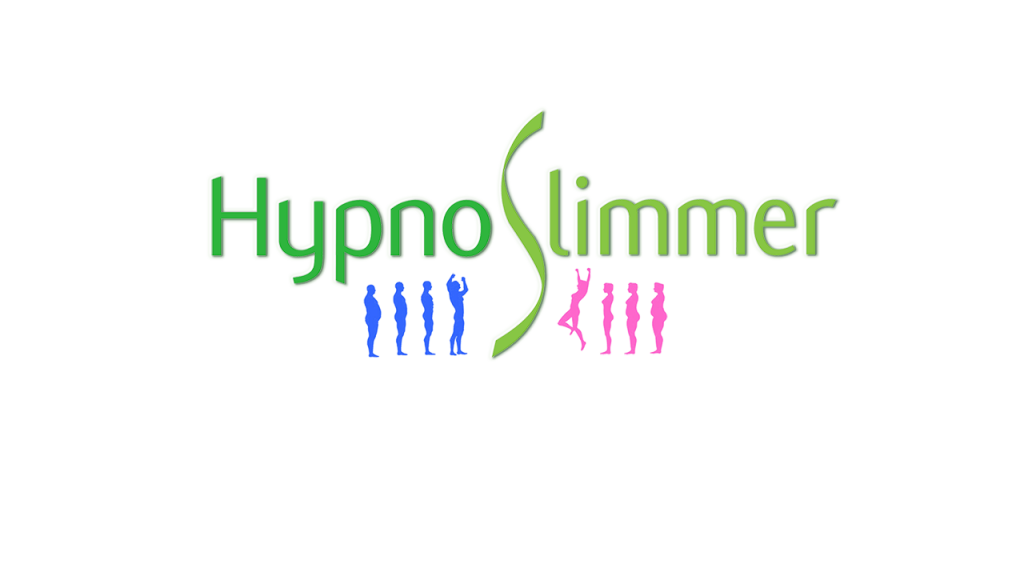 This is your unique opportunity to recover your natural and instinctive ability to control your food intake in a safe and natural way.

The HypnoSlimmer is the world leader in hypnotic weight control, hypnotherapy for weight loss, and the virtual Hypno-Gastric band.
We use a combination of modern clinical hypnosis, NLP, and mind technology to safely and effectively re- program your subconscious mind allowing you to lose weight in a safe and natural way, helping you become your desired shape and size.

Hypnoslimmer is the natural way 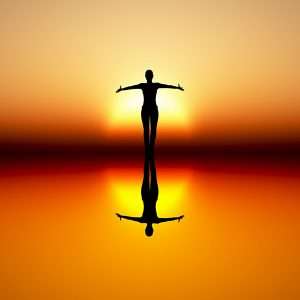 Just the mere word ‘diet’ implies something you do temporarily. You diet against your normal eating patterns which are controlled by your subconscious mind. You may lose weight, but it is usually only temporary.

As soon as you stop dieting, your old eating habits and beliefs return again and your body goes back to what it was doing before the diet, often leaving you bigger than you were before you actually started the diet! 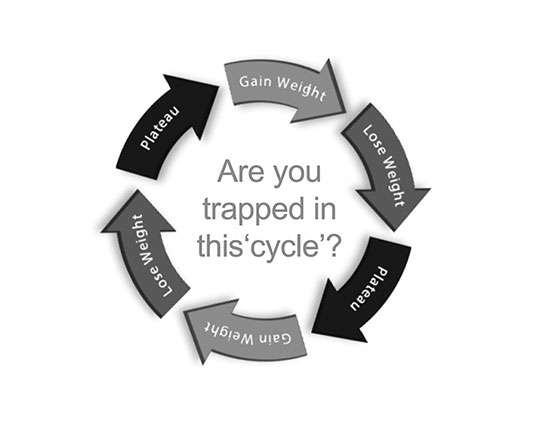 Create a healthy relationship with food 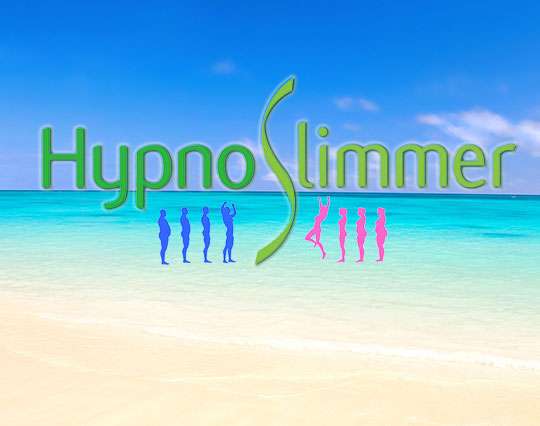 The HypnoSlimmer program works with your subconscious mind, addressing any physiological or psychological adjustments.

TREATMENT
During your course of treatment, over 28 days you will attend 4 one to one sessions with our specialist clinical hypnotherapist, who has received extra training and is a licenced consultant for HypnoSlimmer.

BACK UP AUDIO FILES
You’ll also receive a backup audio to listen to daily; this will enhance all your personal sessions, and allow any faulty neurons to re-wire. (These are parts of your mind that have caused you to over eat, crave certain foods or not be able to lose weight in the past)

MIND GYM
You will also be given an audio called “The Amazing Mind Gym”, it’s exactly as it sounds
Scientists at the University of Iowa have shown that we can increase the strength of our muscles and become fitter just by imagining working out.
How cool is that?

You will find that listening to “The Amazing Mind Gym” will motivate you to start taking more and more real exercise, helping your size and shape change even quicker, bringing back your confidence every time you see your reflection.

If you have a BMI over 30 you can also take advantage of our virtual gastric band system where we will use modern hypnotic techniques to replicate a real surgical gastric band with zero risk, and a fraction of the cost. 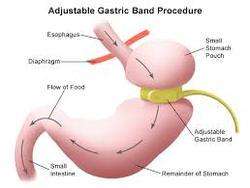 Publicity in the last few years about the gastric band for weight loss has quadrupled, some people have paid £10,000 and upwards for this surgery, including a whole host of famous names and faces.

Sometimes things can go very wrong. The main complications that can occur following gastric weight loss surgery include infection, blood clots in the legs (deep vein thrombosis) or lungs (pulmonary embolism) and internal bleeding, and your physiological or psychological symptoms and reasons for over eating, comfort eating & cravings are still there! 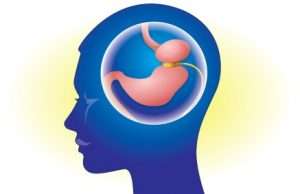 Would you love to have ALL the benefits of a gastric band without ANY of the risks involved? NO surgery, NO huge financial burden? The Hypnotic Gastric Band treatment results in your body believing that you have had the band fitted; as a result you will feel fuller sooner.

What’s even better than the surgical gastric band surgery, HypnoSlimmer also addresses your lifestyle, eating habits and the root cause of your overeating, raising the probability of long term success, a healthy body AND self-esteem
All our clinical hypnotherapists are highly trained in this hypnotic procedure and are dedicated in helping you become your desired shape and size.

Only Clinical hypnotherapists who have been trained and Licenced by HypnoSlimmer are authorised to carry out this fabulous weight loss program.

A whole new world
of being

A whole new world
of being

What happens when you START HYPNOSLIMMER?

Your body is amazing. As soon as a person stops over eating the body begins to recover:

FREEDOM FROM THINKING ABOUT FOOD ALL THE TIME

EAT WHATEVER YOU WANT AND STILL LOSE WEIGHT

FEEL HAPPY ABOUT THE WAY YOU LOOK AS YOU CHANGE SHAPE

NO SHAKES, PILLS or “magic “POTIONS

STORIES from the newsPAPERS

Some never quit and say they like it. Some decide its time!

In a new study — the findings of which appear in the journal Diabetic Medicine — the researchers from Cambridge analyzed data from 867 people aged 40–69 with newly diagnosed type 2 diabetes.

All of these individuals had enrolled in the ADDITION-Cambridge trial, a prospective study that assesses, among other factors, the effectiveness and helpfulness of diabetes screening.

Researchers followed the participants’ progress for a period of 5 years. By looking at the cohort’s medical data, the Cambridge team found that 257 individuals, or 30% of the participants, had diabetes in remission by the end of the 5-year period.

The point of interest? Participants who had achieved at least 10% weight loss within 5 years of type 2 diabetes diagnosis were more than twice as likely to experience remission at the 5-year follow-up, compared with individuals who had not lost any weight.

“The view of Dr Quinton Deeley, psychiatrist at Kings College London and Maudsley Hospital
His key points are:-

Hypnosis is being recommended for irritable bowel syndrome. There is some evidence that it can help with weight loss and to relieve the pain of childbirth.“

Hypnotherapy is really just you telling yourself how you want you to be, whether it’s to sleep better, to lose weight, to drive on a highway at full speed between two trucks.”

And while research is scarce, what we do have says hypnosis works surprisingly well. Early studies found that people who used hypnosis lost more than twice as much weight as those who dieted without the therapy. A study in International Journal of Clinical and Experimental Hypnosis found women who underwent hypnobehavioral therapy lost weight, improved their eating habits, and improved their body image. Meanwhile, a meta-analysis by British researchers found hypnosis can actually help regulate the release of peptides that control how hungry and full you feel.

Who Should Try It?
Emotional and unconscious eaters are prime candidates for hypnotherapy—the therapeutic use of clinical hypnosis. “By the time a patient comes to me, they’ve usually tried every weight-loss plan on the planet,” says Wells. “They know what they should and shouldn’t eat. They just don’t have the willpower to follow it.”

This is key, because the heart of why hypnosis works is because it teaches you to have more clarity. “People who see me for weight loss, food has taken the wrong place in their mind,” Wells explains. The goal of hypnotherapy is to rewrite this association. “We want to re-integrate the idea that food is fuel.”

“Who should try hypnosis for weight loss?

The ideal candidate is, honestly, anyone who has trouble sticking to a healthy diet and exercise program because they can’t seem to shake their negative habits, Gurniak says. Getting stuck in harmful habits—like eating the entire bag of potato chips instead of stopping when you’re full—is a sign of a subconscious problem, he says.

Your subconscious is where your emotions, habits and addictions are located, Friedmutter says. And because hypnotherapy address the subconscious—instead of just the conscious—it may be more effective. In fact, a study analysis from 1970 found hypnosis to have a 93 percent success rate, with fewer sessions needed than both psychotherapy and behavioral therapy. “This led researchers to believe that, for changing habits, thought patterns, and behavior, hypnosis was the most effective method,” Friedmutter says.

Hypnotherapy doesn’t have to be used on its own, either. Gurniak says hypnosis can also be used as a compliment to other weight loss programs designed by professionals to treat various health conditions, be it diabetes, obesity, arthritis, or cardiovascular disease.

What can I expect during a treatment?
Sessions can vary in length sessions typically last between 45 and 60 minutes, whereas Friedmutter sees weight loss patients for three to four hours. But in general, you can expect to lay down, relax with your eyes closed, and let the hypnotherapist guide you through specific techniques and suggestions that can help you reach your goals.

“The idea is to train the mind to move toward what is healthy and away from what is unhealthy,” Friedmutter says. “Through client history, I am able to determine subconscious hitches that sent the client off their original blueprint of [health]. Just like we learn to abuse our bodies with food, we can learn to honor them.”

And no, you won’t be clucking like a chicken or confessing any deep, dark secrets. “You cannot be stuck in hypnosis or made to say or do something against your will,” Gurniak says. “If it goes against your personal values or beliefs, you simply will not act on the information being given during trance.”

Instead, it’s likely that you’ll experience a deep relaxation, while still being aware of what’s being said, Gurniak adds. “Someone in a hypnotic trance would describe it as in between being wide awake and asleep,” he says. “They are fully in control and able to stop the process at any time, because you can only be hypnotized if you choose to. We work as a team to achieve the person’s goal.”

Of course, the number of sessions needed is totally dependent on your personal response to hypnosis. Dr. Cruz says

Studies have shown that hypnosis is a USeful aid to lifestyle changes. There is no cast iron guarantee, hypnosis can help, AND it does have a higher chance of helping you, but nothing in life can be 100% certain.

If it’s your time, if you’re ready, really ready, if you are REALLY serious about CHANGING YOUR SHAPE and relationship with food, then get in touch now and we can help you.

Please Note: We only work with clients who are 100% committed. If our therapists have any doubt that you are not ready, then we reserve the right to cancel/postpone your appointment.

Check our online diary to book a call to discuss how we can help you.

A regular source of inspirational interviews in Marbella and international media 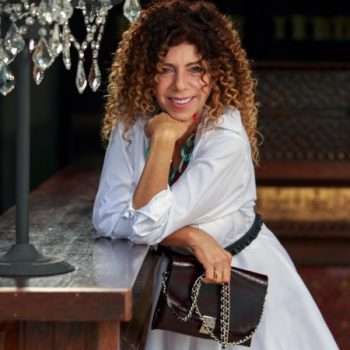 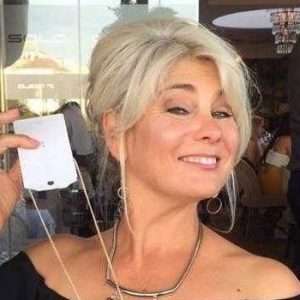 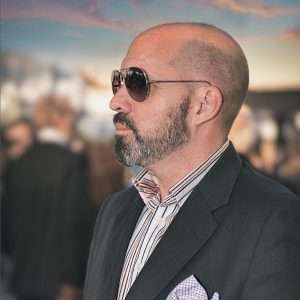